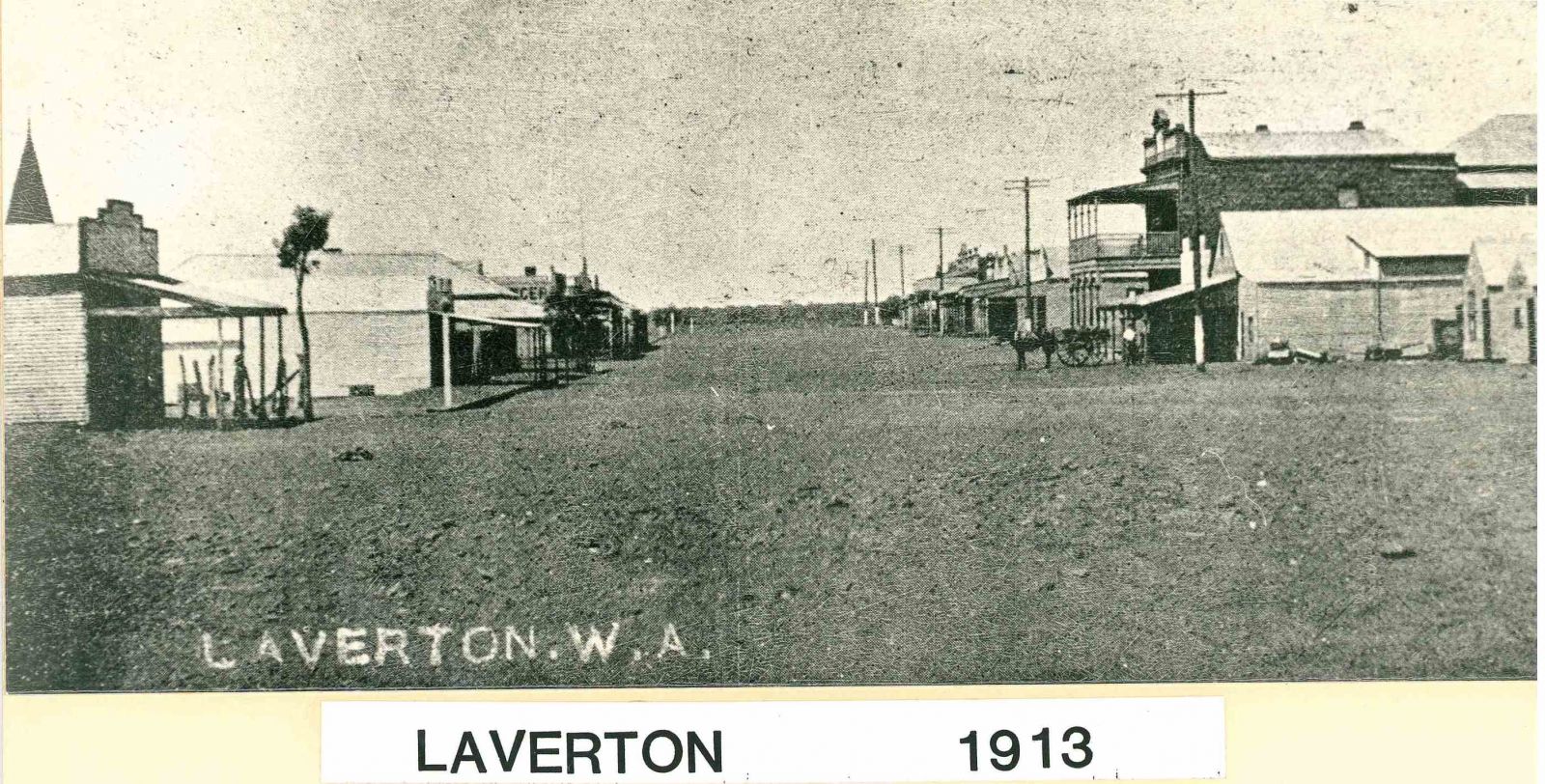 The area around Laverton, on the western edge of the Great Victoria Desert, was travelled by a number of early explorers including Sir John Forrest (1869), Frank Hann (1896) and David Carnegie (1894).

The region is also home to many sites of Aboriginal significance.

The discovery of gold in 1896 by Tom Potts, George McOrmish and Harry Dennis initiated a rush to the region. By 1897 a residential and business area had sprung up on the west side of one of the most successful mines, Craiggiemore, and the residents were campaigning for a gazetted town.

Originally surveyed in 1897 on a site 3km from its present location and gazetted in 1900, the town was named Laverton in honour of prominent early resident Dr Charles W. Laver. Dr Laver was an enthusiastic supporter and promoter of the region, travelling to London several times to raise funds for mining ventures.

By the late 1960s Laverton was in decline due to the low price of gold. But in 1969 a prospector named Ken Shirley discovered a huge nickel deposit in the area, instigating the famous “Poseidon Bubble”.

This deposit was developed into the Windarra Nickel Project, which mined and processed nickel under the ownership of Poseidon NL and later Western Mining Corporation. The mine closed in 1994 and in 2006 its assets were purchased by Niagara Mining Ltd. The company, later renamed Poseidon Nickel Ltd, reopened the Windarra mine in 2006.

Gold mining also remains an important part of the local economy, while potash is mined at Lake Wells, 180km NE of Laverton. In 2011 Laverton was home to 1,023 people.

Beria
Beria, 8km NW of Laverton, was originally known as Lancefield after the mine opened by John Lemon in 1897. The Lancefield company operated the mine until 1940 and its main stack was demolished in 1984.

Burtville
Gold was discovered 29km SE of Laverton by Billy Frost and Jim E. Tregurtha in 1897. The settlement was initially known as Merolia, the Aboriginal name for the area. The population was 400 by 1903 but by 1916 was down to 45. All that remains of the town is the entrance door arch of a hotel.