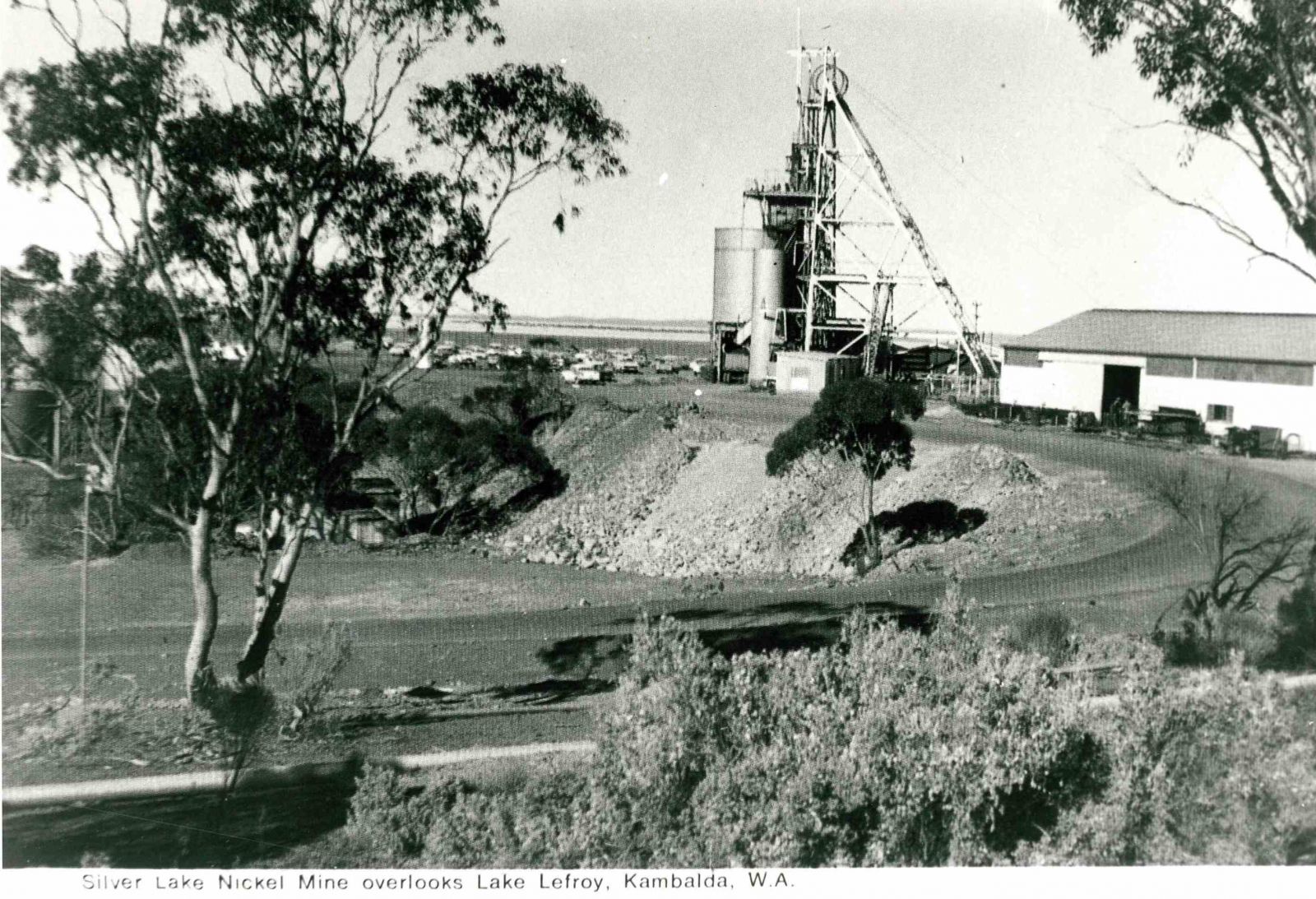 In late 1896 Percy Larkin – who was also one of the original discoverers of gold at Kanowna – found gold near Red Hill on the banks of Lake Lefroy. The hill and the vast salt lake had been named in 1864 by explorer Charles Cooke Hunt.

The small settlement that grew at the base of the hill was gazetted in 1897 and renamed Kambalda by Government surveyor, W. Rowley. By 1907 the Red Hill Gold Mine had closed and the town was mostly abandoned.

Decades later, in 1939, prospector George Cowcill found green-stained gossan – oxidised or decomposed ore – from a gold prospect about 900m NNW of the abandoned Red Hill gold mine. It wasn’t until 1954 that the ore samples, then thought to be uranium, were submitted for analysis to the Kalgoorlie School of Mines (now the Western Australian School of Mines) by Cowcill.

The ore samples did not contain uranium but analysis by Bill Cleverly found them to be nickel-bearing. Ten years later, Cowcill and his long-time associate and prospector friend John Morgan collected additional gossan samples and submitted them to Roy Woodall, a geologist with Western Mining Corporation.

WMC drilled underneath the gossans, discovering on 28 January 1966 the first of many large deposits of nickel in the Kambalda region. In the same year the company established Australia's first nickel mine.

Modern Kambalda was built by WMC as a company town on two town sites 4km apart – the older residential-industrial Kambalda East and the commercial and residential hub, Kambalda West. Gold is also mined near Kambalda, which today has a population of about 3,500.

St Ives
Gold was found in the St Ives area, about 20km SE of Kambalda on the western side of Lake Lefroy, in 1987. Prospector Pat Ives pegged the Ives Reward lease in 1919. The St Ives gold mine is today one of Western Australia’s leading gold producers.