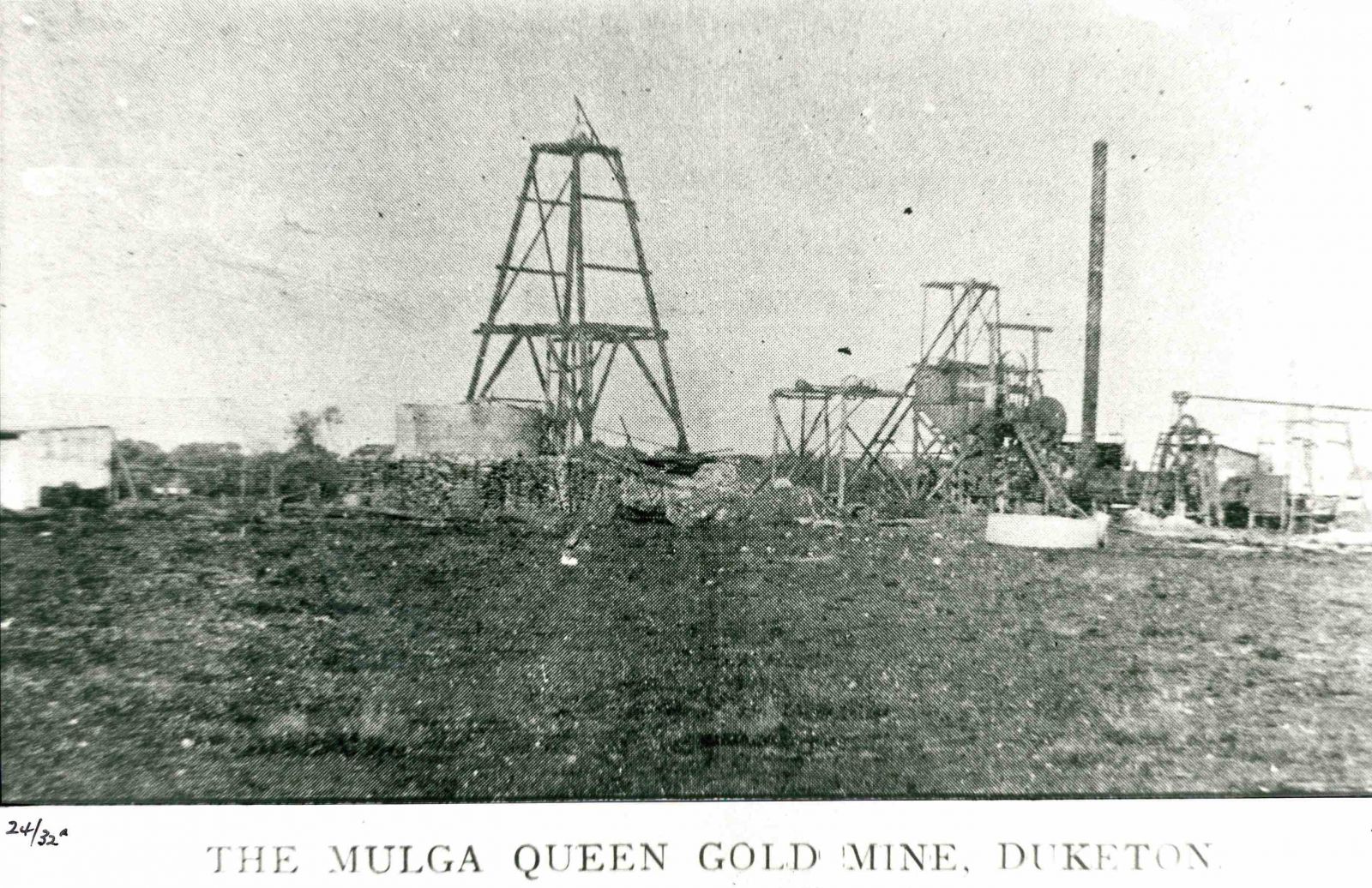 On 4 January 1900 Charlie Duke registered the Golden Spinifex lease near the future townsite that would bear his name.

Charlie and his brother Jack found the gold deposit with P Hayes and J McDonald.

Although never a rich mine, it was still in operation more than three years later when a townsite was surveyed by mining surveyor JH Rowe.

A ballot was taken on 21 June 1903 for the name of the proposed town and Duketon beat 12 other nominations.

However the town was never gazetted, although 170 men were living there at the time. The number of women and children were never recorded.

The majority of the residents were employed on the Mulga Queen Gold Mine near the settlement.

Cox’s Find
The ground was first pegged by E.A. Cox, J. Escreet and G.W. Cox on 20 May 1935. It was soon one of the most important mining areas in the district. Gold is still mined in the area.

Erlistoun
Gold was discovered here in 1897 by Peter McNee and Bob and Bill Clarke who pegged the King of Creation lease.

In its first three years of operation the main mine, The Erlistoun, produced 33,197oz from 39,403 tonnes of ore.

The township was named after a nearby creek which had been recorded during the 1891-92 Elder Exploring Expedition. Although business and residential areas were surveyed, the township was never gazetted and was almost deserted by October 1989.