VCs of the Goldfields 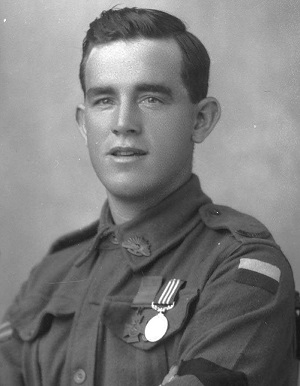 Thomas Axford was born in South Australia in 1894 and the family moved to Coolgardie when he was two years old. He moved into Kalgoorlie when he was 16 to further his job prospects. Thomas joined the Goldfields Infantry Regiment in 1912 as an 18-year-old.

On 19 July 1915 he enlisted in the Australian Imperial Force and embarked with the 11th Reinforcement of the 16th Battalion aboard HMAT Benalla on 1 November 1915.

Pte Axford was discharged in February 1919 and settled in Mt Hawthorn with his wife Maude.  Thomas Axford passed away in 1983.

John Carroll lived at Kurrawang from 1905, after spending some years at Yarloop. He and his father worked for the Goldfields Firewood Supply Co.

Carroll enlisted on 27 April, 1916 and embarked for England in August with the 44th Battalion.  On 14 November that year he was transferred to the 33rd Battalion.

Pte Carroll was awarded the Victoria Cross for his heroic actions during the Messines Offensive of 7 June 1917. He was promoted to Lance Corporal in September and in October was wounded at the second battle of Passchendaele. In June 1918 he was transferred to AIF in London. In August 1918 he returned to Australia.

John Carroll continued working on the Kurrawang Line until he married Mary Brown in 1923 and in the mid 1920s moved back to Yarloop.

He died on 4 October 1971 in Hollywood Hospital.